Everything I Know About Gamification

Gamification is about using game elements and game design techniques in non-game contexts.

Game thinking is a great way to approach a problem because it starts with asking why people buy, use or do your thing in the first place? The process always begins by understanding THEIR motivation.

Game thinking also prevents you from calling people ‘users’. Apart from the fact that it makes me think of junkies, it also misrepresents who is in control. Having ‘users’ fools you into thinking people need your app. The truth is that they can always stop using your thing when it becomes shit. Calling them ‘players’ subtly highlights this fact and makes it clear that the onus is on you to figure out how to make your thing more compelling, interesting and fun.

Gamification is about motivating people.

If you need more qualified people, or if your prices are too high, then gamification won’t help. Neither of those things can be solved with more motivated people.

At the very top, you have dynamics. These are your overarching themes. You can emphasise one dynamic over another but all games must have all five dynamics. 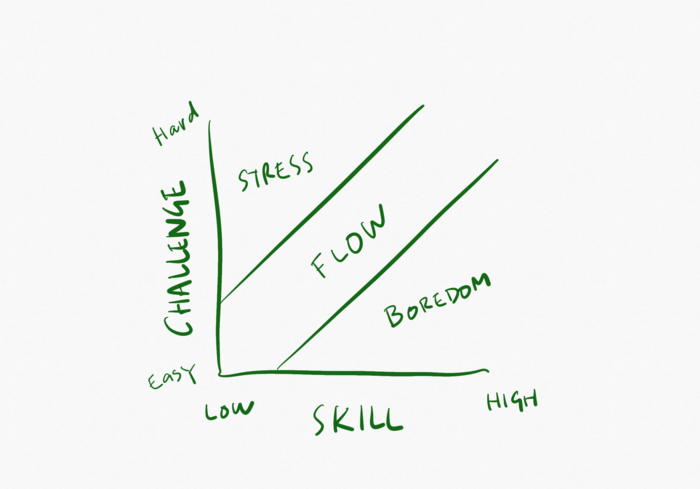 You must offer opportunities to players at all stages. Everyone starts out as a novice, they need a bit of hand-holding, once they become regulars, they need novelty to stick with something. Finally, they become experts, they need challenges and reinforcement of their status.

Generally, engagement works in loops. You have a motivation that drives an action which then produces feedback that in turn ignites a new motivation and the cycle goes on.

Progression stairs are good engagement loop. You start at level one and end with a boss fight, level 2 then another boss fight, etc, This is good because it lets you experience some level of mastery as the level plateaus before the boss fight. That said don’t forget to incorporate a measure of randomness or it all becomes too predictable.

Points are numerical representations of a game’s progression.

Each additional point merely indicates a greater magnitude and nothing more.

Badges are a visual representation of an achievement. Badges can serve a credential function. Badges provide a goal for users to strive towards. They provide guidance on what is possible. A signal about what a user cares about and what she has performed. They operate as virtual status symbols and affirmations of a personal journey. They are tribal markers.

A leaderboard is a visual display of achievement in rank order among a group.

Studies show that tactics like the PBL triad can actually demotivate when entangled with traditional rewards such a salary and bonuses. People see how low on the totem pole they are and give up. The climb is too daunting. Others internalise the idea that work is less important than the game and treat work less seriously. Promising to save time and improve efficiency while encouraging people to waste time with frivolous activity may generate cognitive dissonance.

There are four kinds of players. You usually cater to one kind but it’s helpful to add elements for each.

That’s everything I know about Gamification.

I’m building a product called Client Tree. It’s an app that helps freelancers find clients by word of mouth. I’ve been tracking user retention to guide product development. Retention measures how many people come back and use an app... Continue →